More than five dozen Georgia judges have stepped down from the bench in disgrace since the state’s judicial watchdog agency began aggressively policing ethical conduct eight years ago.

More lately, however, the jurists aren’t just leaving the court in disgrace. Some are leaving in handcuffs.

Earlier this month, former North Georgia magistrate Bryant Cochran was sentenced to five years in prison by a federal judge who said Cochran had destroyed the public’s faith in the judiciary. In June, a one-time influential chief judge from Brunswick was indicted by a Fulton County grand jury. And a specially appointed district attorney is now considering similar charges against a former DeKalb judge.

These criminal prosecutions were brought after the state Judicial Qualifications Commission launched investigations of the judges. Instead of being allowed to step down from the bench and return to a law practice, these judges are hiring criminal defense lawyers.

“I don’t remember seeing anything like this — so many judges facing criminal prosecution,” said Norman Fletcher, former chief justice of the Georgia Supreme Court. “I do think it puts a black cloud over the judiciary.” 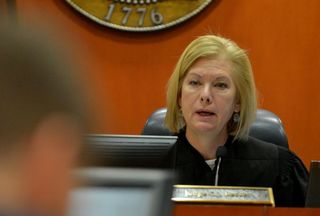 DeKalb County Superior Court Judge Becker forced off the bench, one of the most corrupt. 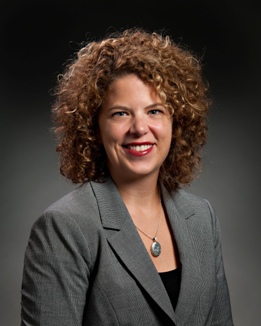 Georgia Supreme Court Barnes, allows and participates in the corruption. 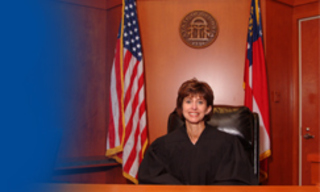 DeKalb County Probate Court Judge Jeryl Debra Rosh, was corrupt when she was a clerk, ruling in place of Judge Marion Guess, with his knowledge, and even more corrupt as Probate Judge, retired early. 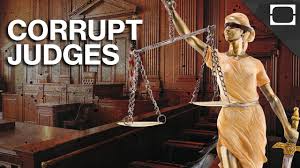 le biscuette Has It Right, Thank You For Your Truthful Rendition of DeKalb County, Georgia!!!

Ah, Dekalb County, what a thriving bastion of the American spirit. We’ve been blessed with such American heroes as Congresswoman Cynthia McKinney, who proudly took to Libyan state television to decry US involvement in the movement against brutal dictator Moammar Gaddafi; there’s former Dekalb CEO Vernon Jones, for whom Dekalb taxpayers are on the hook for upwards of five million dollars in legal fees for a reverse discrimination lawsuit; we’ve got Dekalb school superintendent Crawford Lewis, indicted for operating a “crime ring” from his post. And these are just the most visible of our trusted public servants. Beneath the crusty surface of Dekalb County’s political life–embodied by McKinney, Jones, Lewis, and the like–is a colorful cast of crooks and con artists whose power to defraud derives from their elected or appointed post.

The July 31, 2012 political primary election has brought forth at least two fun new characters. And that’s sort of exciting, isn’t it? It’s like getting a new Angry Bird, or a zany addition to the cast of the Simpsons. It’s a fun addition to what is already a colorful and hilarious mix of deviants, a new car full of clowns to delight and entertain us as they bilk our precious tax dollars, and wreck our sacred institutions, for their own corrupt ends.

Let’s turn first to Debra DeBerry, who currently sits as the Clerk of Superior Court of Dekalb County. This is basically the person in charge of administering the functions of the highest county court, where death penalties can be issued, huge civil verdicts reached, marriages dissolved–basically, all the most important and consequential events that can happen in the life of a county. How did DeBerry become the Clerk? You’d assume she was elected, right? Nope. Or appointed by the governor, something to that effect? Not exactly. Deberry became Clerk in 2011 after the long-term Clerk, Linda Carter, resigned. No big deal, right? Well…

According to lawyers representing Linda Carter, Carter didn’t write her resignation letter. It was written by–guess who?–Debra DeBerry, signed by Carter, and then delivered to the governor’s office that very day by one of DeBerry’s subordinates. At the time, Carter was suffering from an Alzheimer’s-like mental illness. The kicker: not only did the DeBerry-drafted letter announce Carter’s resignation, it also named DeBerry as Carter’s replacement. Some coverage of the scandal below:

Now, of course, DeBerry denied wrongdoing. And apparently the lawsuit was settled before trial, so we’ll never know who was “right or wrong” here. But the entire situation smells incredibly nasty, doesn’t it?

Like Loading...
Court Employee Keeps Job Despite Arrest Record
Judge’s Office Says It Knew Of Employee’s Legal History
WSB-TV
Posted: 6:27 pm EST November 9, 2010
Updated: 6:44 pm EST November 9, 2010
DEKALB COUNTY, Ga. — Channel 2 Action News has learned that a DeKalb County Probate Court employee has been arrested at least four times, but she remains on the job.
According to DeKalb County policy, an employee could be terminated for that, but probate employees are exempt from the policy.
Channel 2 Action News investigative reporter Jodie Fleischer went through records and learned that Jewel Margene Hendrix has been arrested twice for stealing and twice for drugs — yet she continues to work inside the DeKalb County courthouse.
Fleischer also tracked down the judge who oversees that division to ask her why Hendrix is still on the job as a probate technician.
The probate office handles things like wills, execution of estates and guardianships.
Fleischer found that Hendrix has been arrested at least four times. The first was in Gwinnett County in 2008 when she was picked up at a Target store for shoplifting. Court records show the solicitor dropped the charges in March of 2009 after Hendrix completed a pre-trial diversion program.
The solicitor told Channel 2 that she never knew Hendrix was re-arrested just five days earlier in DeKalb County. Hendrix pleaded guilty to shoplifting from a Macy’s store. She entered DeKalb County drug court.
Then earlier this year, she was arrested twice for violating the drug court contract by using drugs.
Fleischer went to the courthouse to try to ask Hendrix and her boss, Judge Jeryl Rosh, about the arrests. Neither was available.
Late Tuesday afternoon, the judge’s office issued a statement, which read in part: “We are aware that she (Hendrix) was involved in a legal situation. As such, she was put on administrative leave without pay. Subsequently, the matter was diverted to a rehabilitation program, she is being monitored closely, and her performance thus far is satisfactory.”
The judge has not returned Fleischer’s calls, so it was not known whether she knows about the two arrests this year for violating the drug court program.
A voice mail message and a sign in the office both said that Hendrix was at work Tuesday; however, she did not return calls, either.

We are virtual freelance legal assistants. We have over 180 documents posted online at www.scribd.com/nootkabearmcdonald We enjoy being together, and sharing our lives with our two Kugsha. They are very large, and love to make us laugh, loads of fun!

We are virtual freelance legal assistants. We have over 180 documents posted online at www.scribd.com/nootkabearmcdonald We enjoy being together, and sharing our lives with our two Kugsha. They are very large, and love to make us laugh, loads of fun!

Just a Farmer & Farmher, inspiring others to live the homesteading dream!

For Dog Lovers Only

Where we keep you up to date with the latest information in the 2A community!

Rehabilitation is an attitude.

Where Deplorables Hang Out

Pacific Wild is a conservation voice dedicated to ensuring that the Great Bear Rainforest remains one of the planet’s greatest cradles of biodiversity.

Save the Gray Wolves
Red Wolves

an animal's eyes can speak a great language

by not killing them.

you reap what sow

Save The Wolves
Zurcher Farms

Just a Farmer & Farmher, inspiring others to live the homesteading dream!

For Dog Lovers Only

Where we keep you up to date with the latest information in the 2A community!

Rehabilitation is an attitude.

Where Deplorables Hang Out

Pacific Wild is a conservation voice dedicated to ensuring that the Great Bear Rainforest remains one of the planet’s greatest cradles of biodiversity.

Save the Gray Wolves
Red Wolves

an animal's eyes can speak a great language

by not killing them.

you reap what sow